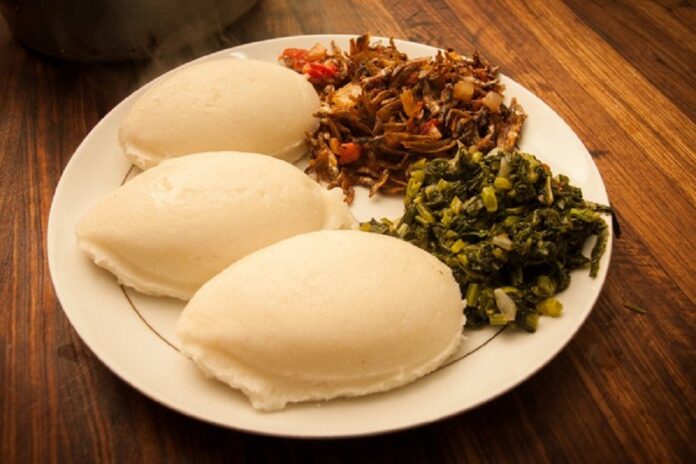 A 30-year-old man of Kapijimpanga village in Solwezi has been axed in the head by his younger brother over Nshima.

North-western province Commissioner of Police, Joe Njase, confirmed the incident which happened Sunday around 14:00 hours and identified the victim as Robert Masandishi.

Mr Masandashi sustained serious injuries and was rushed to Solwezi General Hospital where he was admitted.

Mr Njase said that the victim was hacked on the head by his younger brother Jubec Masandishi 22, after he ate the whole nshima which their mother had left for the two of them to share.

“Hospital police post received a report of unlawful wounding which was reported by the victim that he was wounded by his going brother over nshima,” he said.

He said that the victim sustained a deep cut on the back of the head adding that he was in a stable condition while the suspect has been arrested.

MAN TO SPEND 12 MONTHS IN JAIL FOR THEFT

Women engineers urged to be resilient

Trending SunEditor2 - April 19, 2021 0
MULENGA MUSONDA writes @sunzambians A MAN has told the Choma Fast Track Court for Gender Based Violence that he dragged the woman who is accusing him...

Uncategorized SunEditor2 - April 19, 2021 0
Rabecca Banda writes @SunZambian A Lusaka man has been jailed three years for breaking into a shop and stealing items worth K5, 880. This is in a...

Uncategorized SunEditor2 - April 19, 2021 0
We make an urgent appeal to as many citizens as possible to access the Covid-19 vaccine at an approved health facility to help Zambia...

The Lusaka Sun is your news, entertainment, music fashion website. We provide you with the latest breaking news and videos straight from the entertainment industry.
Contact us: editor@thezambiansun.com
© The Lusaka Sun Newspaper
MORE STORIES