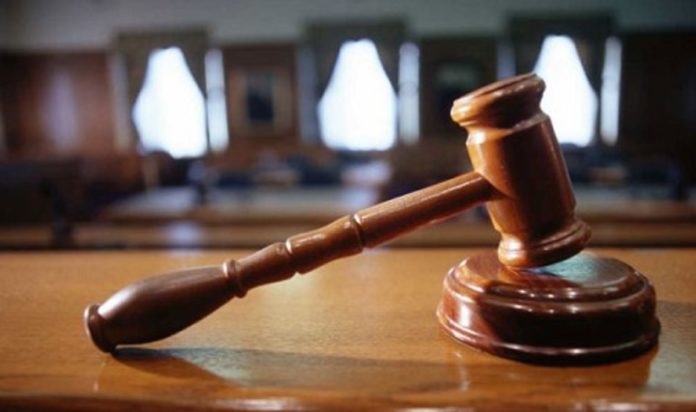 A 27-year-old woman has narrated in local court that a man who impregnated her cousin insulted her family and chased them with a shovel.

In this matter, Monday Chiluba, 32, a resident of KabushiTownship was dragged to court by Theresa Kaponda, 27, of Hillcrest Township after the harrowing event.

Kaponda is a relative of the 19-year-old girl who was impregnated by Chiluba and was giving evidence before Kabushi Local Court Presiding Magistrate, Mildred Namwizye.

Kaponda told the court that Chiluba had impregnated her cousin and they had been staying together after the families agreed that he was going to keep the teen until she gave birth.

She said that after staying with her for some days, Chilubastarted mistreating the girl and stopped buying food in the house.

Kaponda told the court that on 17 March this year, her cousin called her around 23:00hours, crying that she had not eaten the whole day and Chiluba had locked her in the house and went out to drink.

“We decided to go and get her because we felt bad, especially since she was pregnant. When we reached his placewe found her locked inside so we started waiting for him to come back so that he could unlock the house,” Kapondatestified.

“When he returned, to our surprise and without even finding out why we were there, he just started insulting us then later picked up a shovel and chased us.”

In passing judgement, Ms Namwizye ordered Chiluba to pay K650 as compensation with the first instalment being K200.

“How do you treat your in-laws like that? Even if you are not interested in the girl you must give them respect by taking time to find out why they were waiting for you at that time? I am hereby ordering both families to observe total peace for the next three years,” Ms Namwizye said.

Woman gets fifteen years for marrying off a 13-yr- daughter.

Local News SunEditor2 - April 11, 2021 0
By TERENCE MISELO Celebrated Zambian Twins and TV Personalities Joel and Noel Mwanza have been nominated for the 2020 Future of Zambia – Top 30...

FAKE COPS ON THE LOOSE

The Lusaka Sun is your news, entertainment, music fashion website. We provide you with the latest breaking news and videos straight from the entertainment industry.
Contact us: editor@thezambiansun.com
© The Lusaka Sun Newspaper
MORE STORIES

FAKE COPS ON THE LOOSE